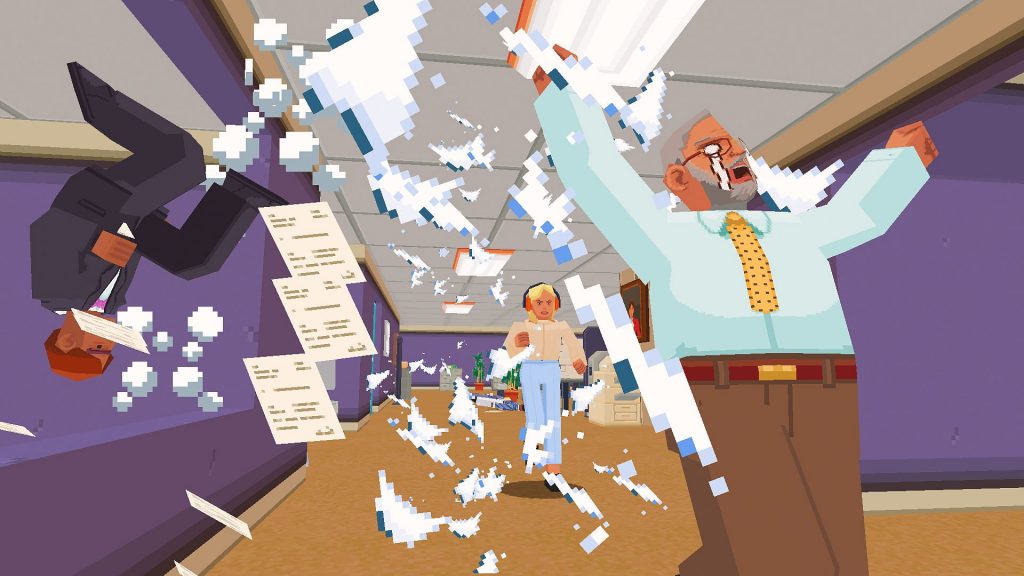 Watch the trailer for more examples of things we can all say “No!” to!

Watch the trailer for more examples of things we can all say “No!” to!

We have decided that in the spirit of their highly anticipated upcoming No!-them up Say No! More, they are saying “No!” to 2020 and releasing the game in 2021. Say No! More will be launching on Nintendo Switch™, PC (Steam®), Mac, iPadOS and iOS in Spring 2021. If, like us, you have been looking for more things to dish out a big old “No!” to in your life, then you may find some inspiration in the Say No! More story trailer.

“It’s been a challenging year, but we’ve been relentlessly toiling away on our little No!-them up and the game is really coming together. The amount of things we’ve found to say no to over the course of our development has been staggering,” said Marius Winter, Game Director at Studio Fizbin. “We want this game to drop next year as a fun experience that anyone can play again and again. Hopefully it encourages you to think about saying no more too, it’s good for you!”

“We hope everyone is excited to play Say No! More in 2021, we have big plans to make the most of the additional time we’ve now got, so please look forward to a lot more soon,” said Paulina Lorné, Marketing Manager at Thunderful Publishing. “In the meantime we wish you all a happy break as we ring in the new year, when Say No! More will bring its zany, No!-them up energy to our lives!”

In a world where the word “no” has been all but forgotten, the population is focused on people-pleasing, the daily grind and making it through the week with an unwavering artificial smile. On your first day as an intern in the corporate world, work continues to pile up and to top it all off your superior decides to take your lunch box. Sat dejected at your desk, you happen upon a portable cassette player with a cassette inside simply titled “No!”. Upon listening to this mystical discovery you meet the flamboyant self-help coach who goes by the name of… Coach. Coach grants you the lost power of saying “No!” and sends you on a spree of No!-saying, thus changing the world. What will you do with this incredible new power? Well, you won’t be making any more coffees, that’s for sure! Expect the unexpected in this bonkers story about the power of “No!” and its ability to bring people together.

Say No! More is the first ever No!-them up, a brand new genre only possible from the minds of Studio Fizbin. Say No! More features intuitive controls for its on-rails No!-shouting gameplay in four emotional states and a tongue-in-cheek story. Touching on timeless and modern issues such as social etiquette, friendship and workplace standards, this zany and hilarious adventure also has tender depth. It’s all wrapped up in a nostalgic late 90s 3D video game aesthetic, complete with chunky, colourful visuals, simple yet expressive animations and jazzy music that you’ll struggle to say “No!” to.